“Here’s a thought that struck me, earlier this year,” says Casper van Eersel, RoboHouse community manager. “There are so many smart people this building. Not just in research groups and student teams, also in companies and startups. And these people work so hard. So focused. But when they need non-technical knowhow, they reach for unwieldy solutions. External experts are hired for trainings in HR, business modeling, team building, pitching skills and marketing-communications. But once the expert leaves, the process stalls. Time and money is wasted. Until the next expert comes in. I thought: ‘Can we change that?'” 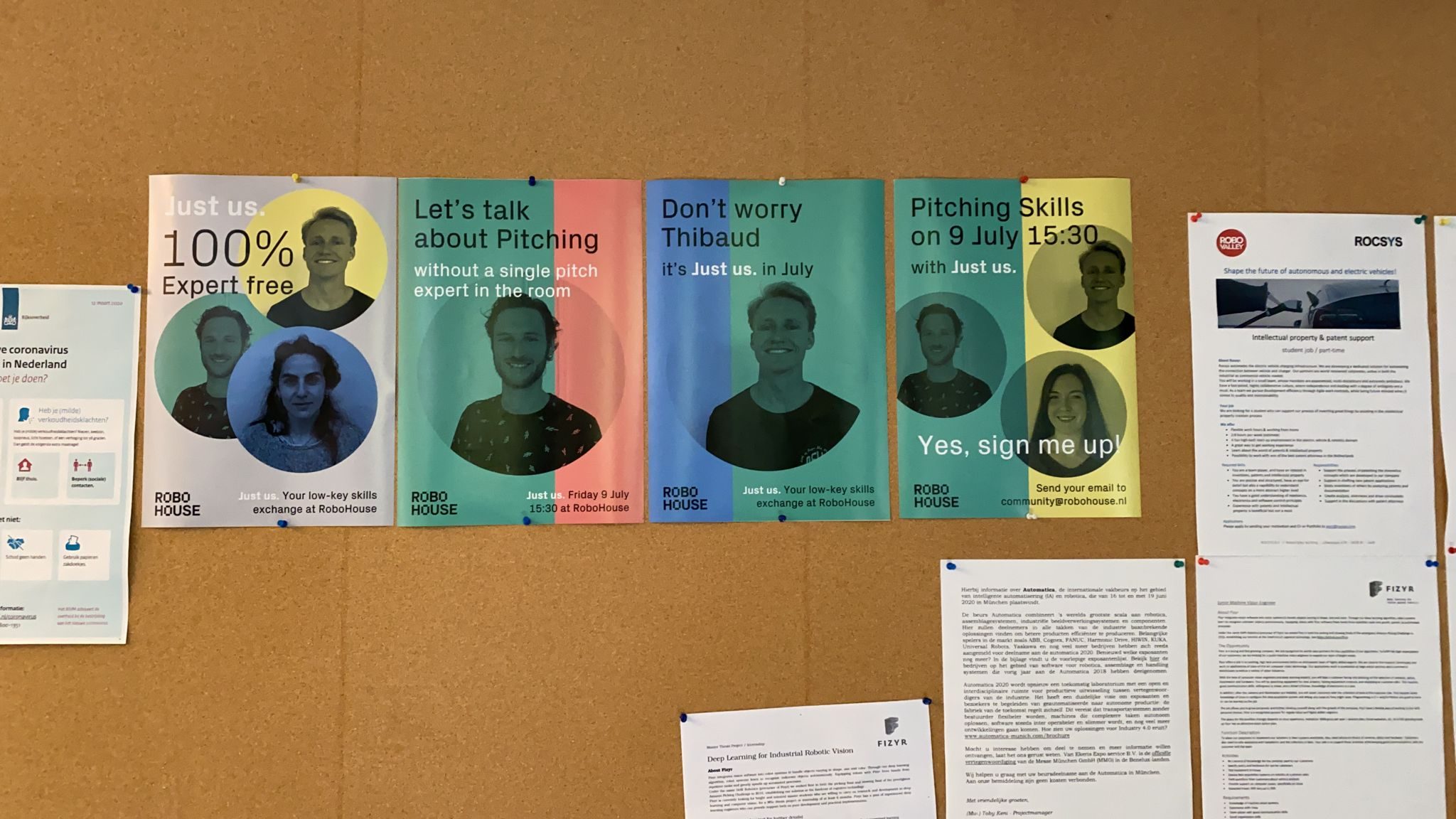 Casper says: “One of our trainees from the X!LEAD programme, Giulia Bacchi, suggested that it may be best to learn these ‘soft skills’ from someone who is just one small step ahead of you in that partical field of expertise. This person will understand how you feel, and you are in it together. As equals. I thought that was brilliant. The skills we need can often be taught by the people who work next door. As learners we can be each other’s teachers. You just need a safe place to get going. That’s Just us.” 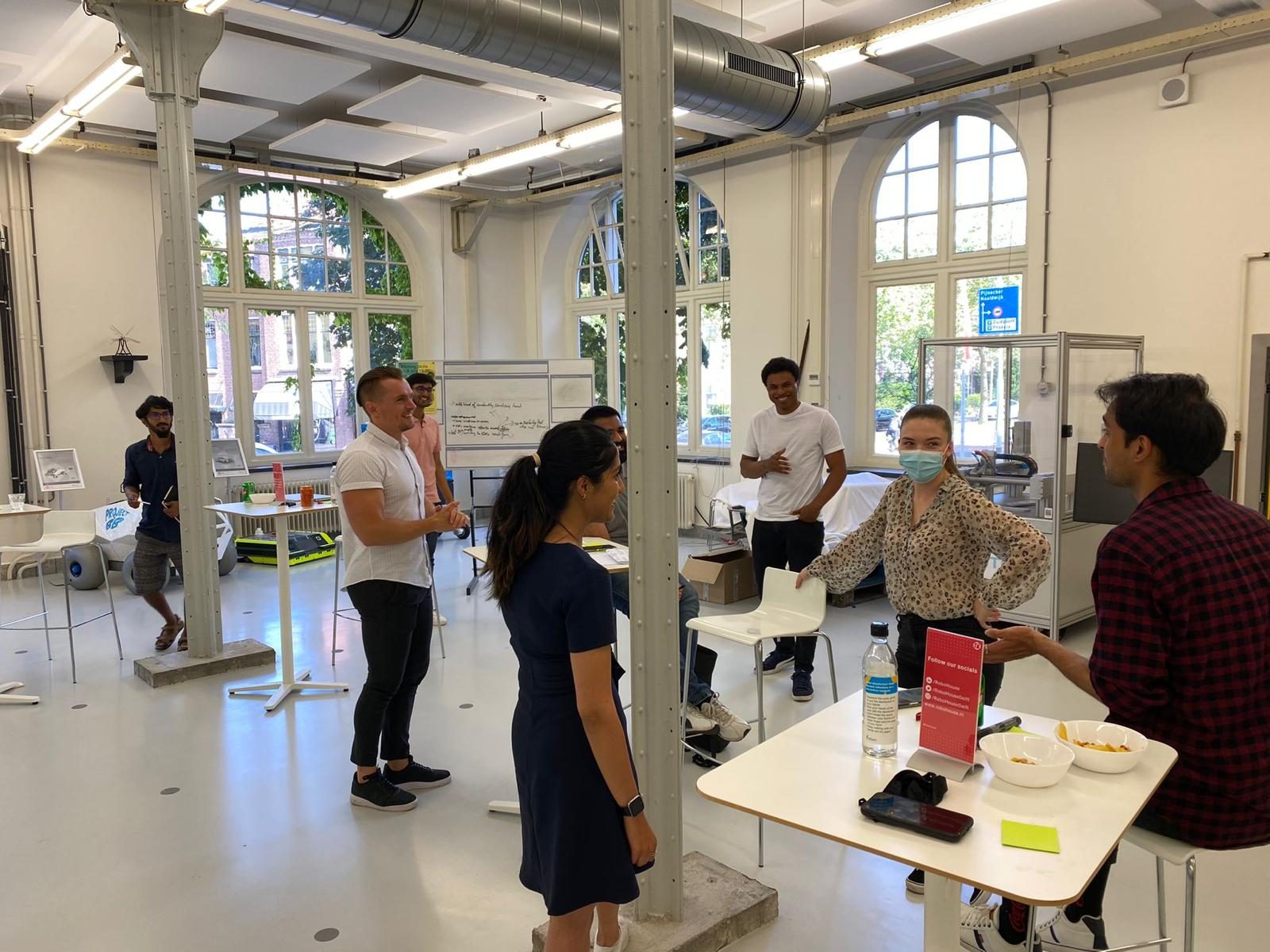 Just us. is an event where members from the RoboHouse community every two months learn skills from other members. In July we had a workshop about pitching, facilitated by Thibaud Verschoor. Most recently, on Friday 17 September, Valerio Carpani hosted a session about customer management. “We could have invited the world’s best account manager. And then have a great workshop. But it would have been quiet afterwards,” says Casper. “After Just us in July, people were buzzing. It’s not just about pitching. It’s about feeling you can approach each other.”

“Thibaux clearly enjoyed himself as a presenter. It was a full room, and as organisers we had taken care for most of the preparation. We have created a simple toolbox for speakers and really encourage them to rehearse as little as possible,” says Casper. 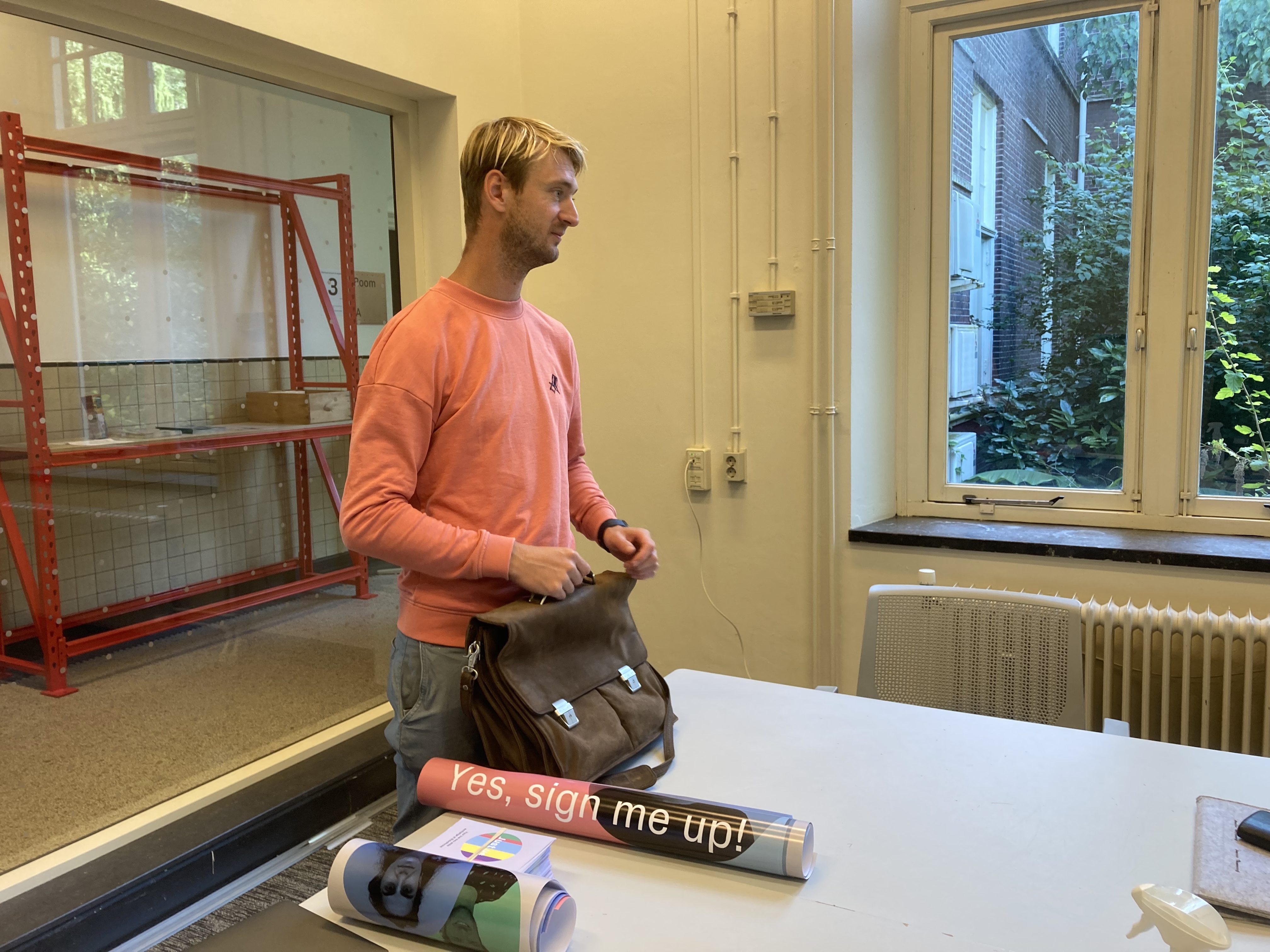 Casper hopes that Just us will contribute to a culture where people from different firms and teams have no qualms about knocking on each other’s door for a moment of low-key skills exhange. He says: “It would be brilliant if this was an ongoing process amongst members. And Just us would just be a kind of bonus.”

About the September edition, he says: “Valerio Carpani approached me with the idea for a Just us. about customer management. That’s a real broad topic. People only found out what Valerio’s angle was when they got there. And in the end it didn’t really matter. Non-technical staff in robotics startups are often even less senior than the engineers, so for the Just us-participants it was brilliant that they could meet and bond over their shared concerns.” 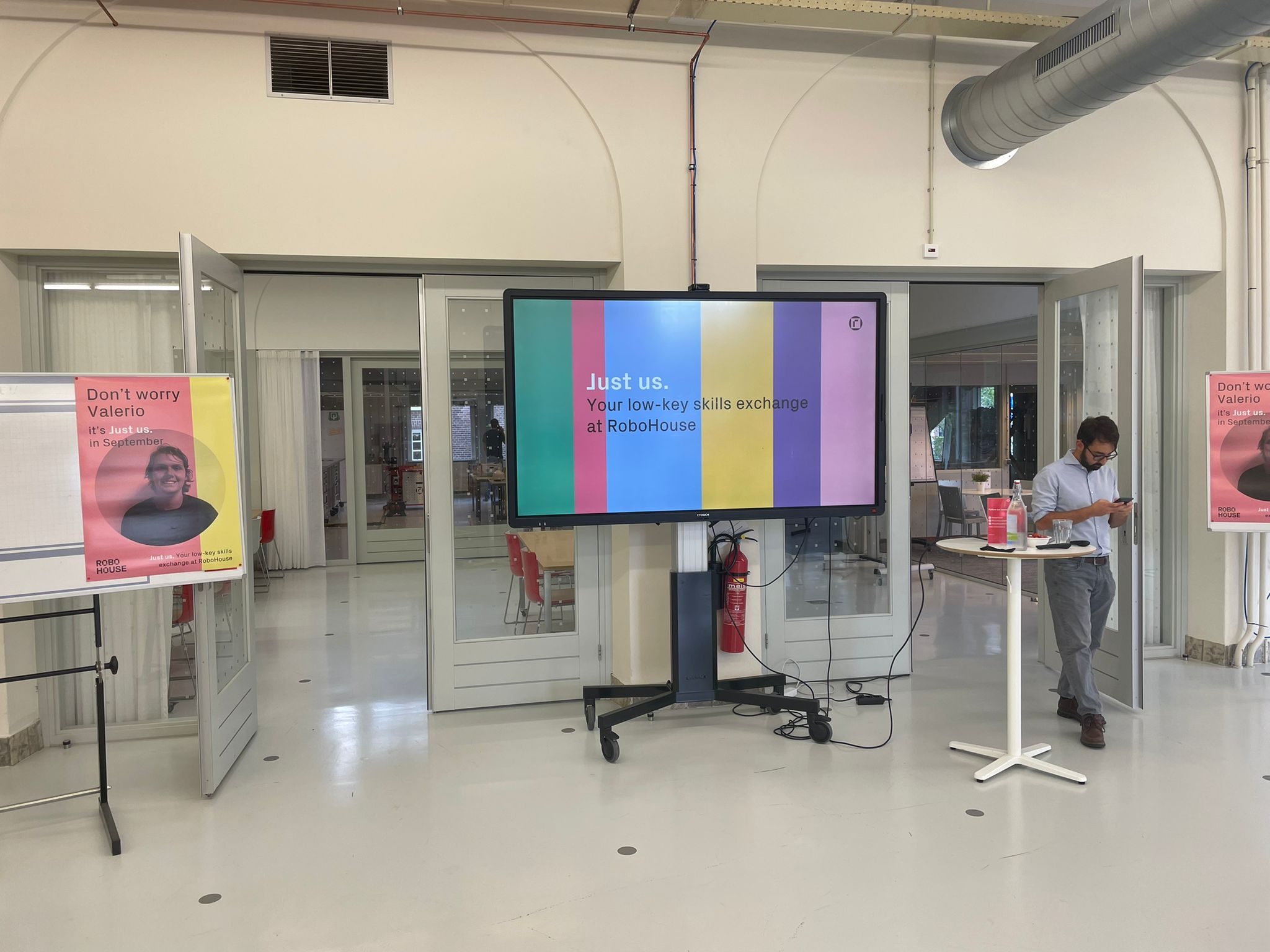