Preliminary results for 2021 published by the International Federation of Robotics (IFR) show an increase of 27% in worldwide sales of industrial robots, compared to the year before. For the Netherlands aggregated sales numbers are not yet available, but investment expectations are high.

A report by ABN-AMRO, published earlier this year, expects the market for construction robots in the Netherlands to triple by 2030. Another ABN-AMRO report suggests that Dutch producers of agritech may also manage to triple their turnover in next eight years; from €715 million to €2.5 billion euros.

“Robot installations around the world recovered strongly and make 2021 the most successful year ever for the robotics industry,” says Milton Guerry, president of the IFR. “Due to the ongoing trend towards automation and continued technological innovation, demand reached high levels across industries. In 2021, even the pre-pandemic record of 422,000 installations per year in 2018 was exceeded.”

Asia and Australia saw the largest growth in demand for industrial robots: installations were up 33% reaching 354,500 units. The Americas increased by 27% with 49,400 units sold. Europe also saw double digit growth of 15% with 78,000 units installed. 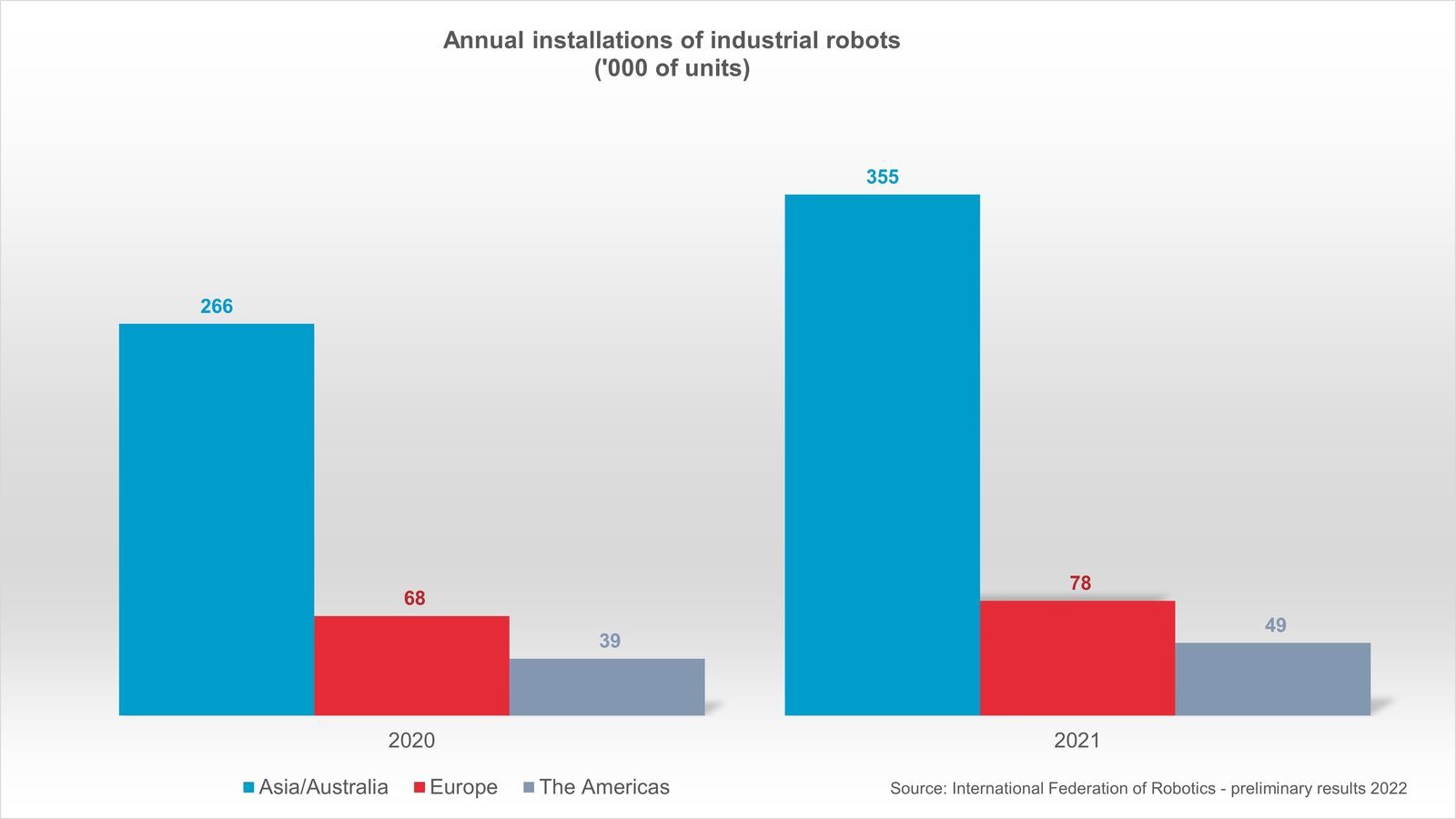 Asia still remains the world’s largest industrial robot market: 73% of all newly deployed robots in 2021 were installed in Asia. A total of 354,500 units were shipped in 2021, up 33% compared to 2020. The electronics industry adopted by far the most units, followed by a strong demand from the automotive industry and the metal and machinery industry.

In 2021, the global main growth driver was the electronics industry, which surpassed the automotive industry as the largest customer of industrial robots already in 2020. Metal and machinery followed, ahead of plastics and chemical products and food and beverages.

Industrial robot installations in Europe recovered after two years of decline – exceeding the peak of 75,600 units in 2018. Demand from the most important adopter, the automotive industry, moved at a high level sideways. Demand from metal and machinery rose strongly, followed by plastics and chemical products. 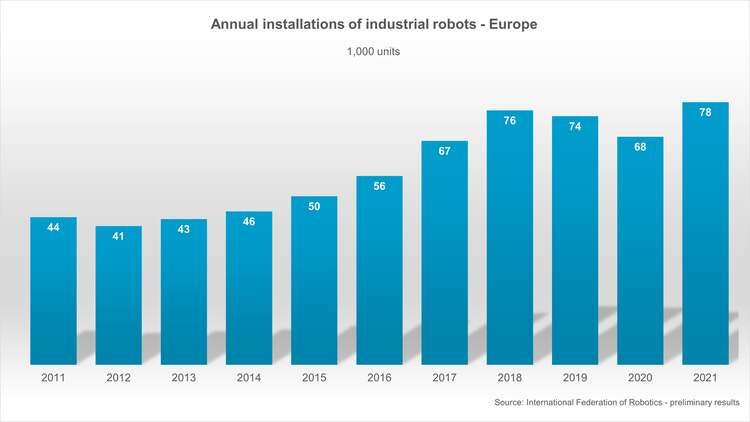 In the Americas, the number of industrial robot installations reached the second-best result ever, only surpassed by the record year 2018 (55,200 installations). The largest American market, the United States, shipped 33,800 units – this represents a market share of 68%.