On 25 March, a small RoboHouse team went out in the fields of Oldeberkoop in East Friesland with gas leak detector Waylon and mechanic Rob. They began by checking the calibration to prevent malfunctions. Then they cleaned the detector mat and changed the filter, after which the search could start.

The two men proceeded slowly, constantly checking their tablet to see whether they were still close enough to the pipes. A big cart was pushed forward with the mat dragging behind it. Except for the grinding of the equipment on the sidewalk, everything was quiet.

The team waited to hear from the device, which is supposed to sound an alarm when it detects a leak. And then they heard it: a beep! After taking a few steps back, because the system lags, Rob sprayed a yellow dot. Waylon pointed to the beauty of the on-screen image that enables assessment of the severity of the leak. “It’s not a biggie”, Waylon said to the RoboHouse team. That means someone will come within a week to measure it again, before calling for a repair.

The team slowly walked on, looking for more leaks. When they bumped into any kind of obstacle, they had to lift the device over it themselves. They also pushed the big device while constantly looking down on their tablet. After a full day of leak detection, every member of the team could feel it in their shoulders.

The RoboHouse team then realised how easily bad ergonomics can lead to injuries. There have been tests with more expensive machines and Segways but a solution has not yet been found. So our ambition remains: develop robotic technology that transforms the daily grind of leak detection, but stay modest and don’t overestimate our progress.

“I just hope we can come up with something that lets me take the right routes without destroying my back.”
Rob, mechanic at Alliander

At RoboHouse, the process of improving working life starts with the worker. “Research, development and co-creation go hand in hand to deploy robotics in the best way possible,” says Marieke Mulder, program manager. “The goal is to support 90% of the work in gas leak detection autonomously so Rob and Waylon can make the pipelines safe and future proof.”

The field research sparked many new ideas. Waylon was curious about next steps and Rob said: “I just hope we can come up with something that allows me to take the right routes without destroying my back by looking at the tablet all day”.

“We have barely begun to know how it is to do this work every day.” Marieke Mulder, program manager at RoboHouse

After the field session, the team from RoboHouse gathered experts from different sectors to analyse the challenges at hand and co-create the first concepts towards a solution. Development engineers Bas van Mil, Tom Dalhuisen and Guus Paris joined the team online in a workshop on Miro. Together they envisioned a way forward and this was translated into a roadmap to 2031 by the RoboHouse team.

There will be many interactions with workers at Alliander along the way, and many more hours in the field. Marieke Mulder says: “After walking just a mile through the mud, we have barely begun to know how it is to do this work every day. But by going beyond our lab, into the field, we already discovered so much more about the challenges that workers like Rob and Waylon face every day.” 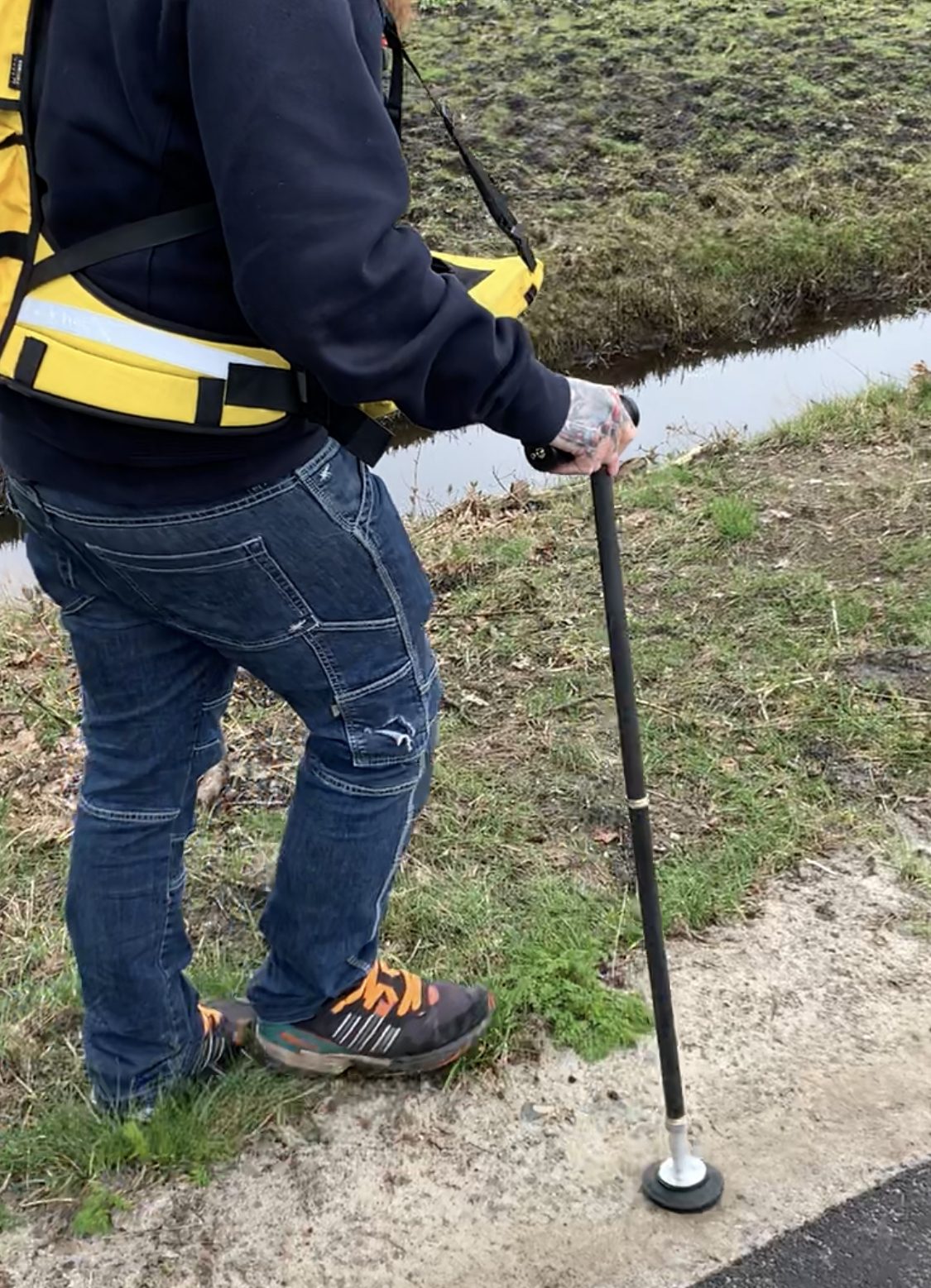